Estonia has installed a fence on the border with Russia 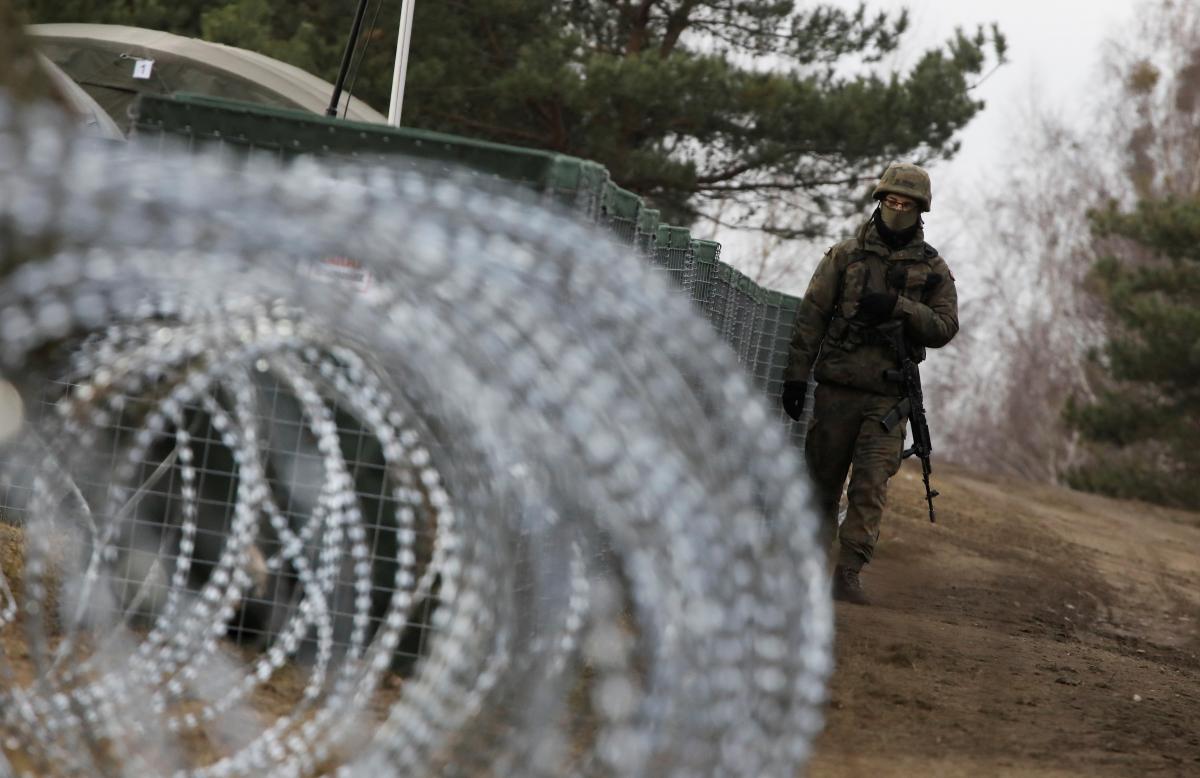 The country wants to prevent a possible hybrid attack by Russia on the transfer of illegals who are now storming the Belarusian-Polish border.

4 km of cutting wire / REUTERS was used for fencing

Estonia has set up a barbed wire fence along the border with Russia to prevent a possible attack by migrants who are currently storming the Belarusian-Polish border.

ERR writes about it.

The military has completed work on a wire installation in Narva.

In addition, within three days, additional barriers were installed in the areas of possible illegal border crossing recommended by the Police and Border Guard Department.

4 km of cutting wire was used for fencing. In total, as part of the Ship-2021 exercise, triple barriers will be installed along 40 km of the eastern border.

“These exercises were a good experience for us, and all the areas indicated by the department were protected by cutting wire. We can say that these places are now better protected,” said Marek Liiva, head of the Narva-1 border checkpoint.

In total, Estonian Defense Minister Kalle Laanet, as UNIAN reported, instructed to lay 130 km of barbed wire along the border with Russia.

Since the beginning of Lukashenko’s hybrid attack, Estonia has been helping its partners resolve the refugee crisis. Thus, Laanet stressed, the state sent a barrier wire, drones and a military police unit to Lithuania.

Scandal over illegal migrants in Europe

Since the end of May, Belarus has been facilitating the illegal entry of migrants into the European Union through its territory. This is how Minsk reacted to the strengthening of Western sanctions against Belarus. The situation on the Polish-Belarusian border has been particularly tense in recent weeks.

The EU called the move a “hybrid attack” on Belarus. In particular, Lithuania and Latvia, as well as Poland and Estonia, have accused the Belarusian authorities of using illegal migrants as weapons in a hybrid war against the EU. They called on the UN to take action against the Belarusian leadership by encouraging foreigners to illegally cross EU borders.

To prevent the influx of potentially illegal migrants, the Baltic states have significantly strengthened the security of their borders. In particular, Lithuania has begun construction of a barrier on the border with Belarus. Also, for the first time in the country’s history since independence, Lithuania has imposed a state of emergency on part of the territory due to the critical situation with migrants on the border with Belarus.

Meanwhile, Poland has increased the combat readiness of territorial defense troops on the border with Belarus. The Polish government accuses Lukashenko of organized delivery of refugees from crisis regions to the EU’s external border. Alexander Lukashenko has been investigated in Germany over an influx of illegals.

The European Union accuses the Belarusian ruler of allowing migrants from crisis regions to be imported into Belarus and then smuggling into Poland, Lithuania and Latvia. Therefore, the European Union is preparing a fifth package of sanctions against the regime of Alexander Lukashenko through its use of migrants as a tool against the bloc countries.

A COVID-19 outbreak has been reported in a Belarusian migrant camp. About 100 migrants were hospitalized from the Bruzgi logistics center on the Belarusian-Polish border, including with a severe form of coronavirus.

Freeride World Tour 2022 kicks off in a packed Baetira Beret

This is how the Bajau are, the “record” tribe that can last up to 13 minutes underwater and live at the bottom of the...

Australian Open: too solid for Kecmanovic, Monfils goes to the quarter-finals

Your trusted source for breaking news, headlines, and analysis of every event happening around the world

Freeride World Tour 2022 kicks off in a packed Baetira Beret